My name is Stefan Cherrug and I am a biologist with a great interest in photography. I am primarily focused on ornithology but with an increased interest also in plants, butterflies, dragonflies and other insect groups. I have been photographing since I was a teenager. Now I am using the Canon R5 with Canon 300 2.8 and Canon RF 100-500 mainly for bird photography and Canon 5D Mark III and Canon EF 100 for plants and insects. For landscape I often use the 5D and Canon EF 16-35. 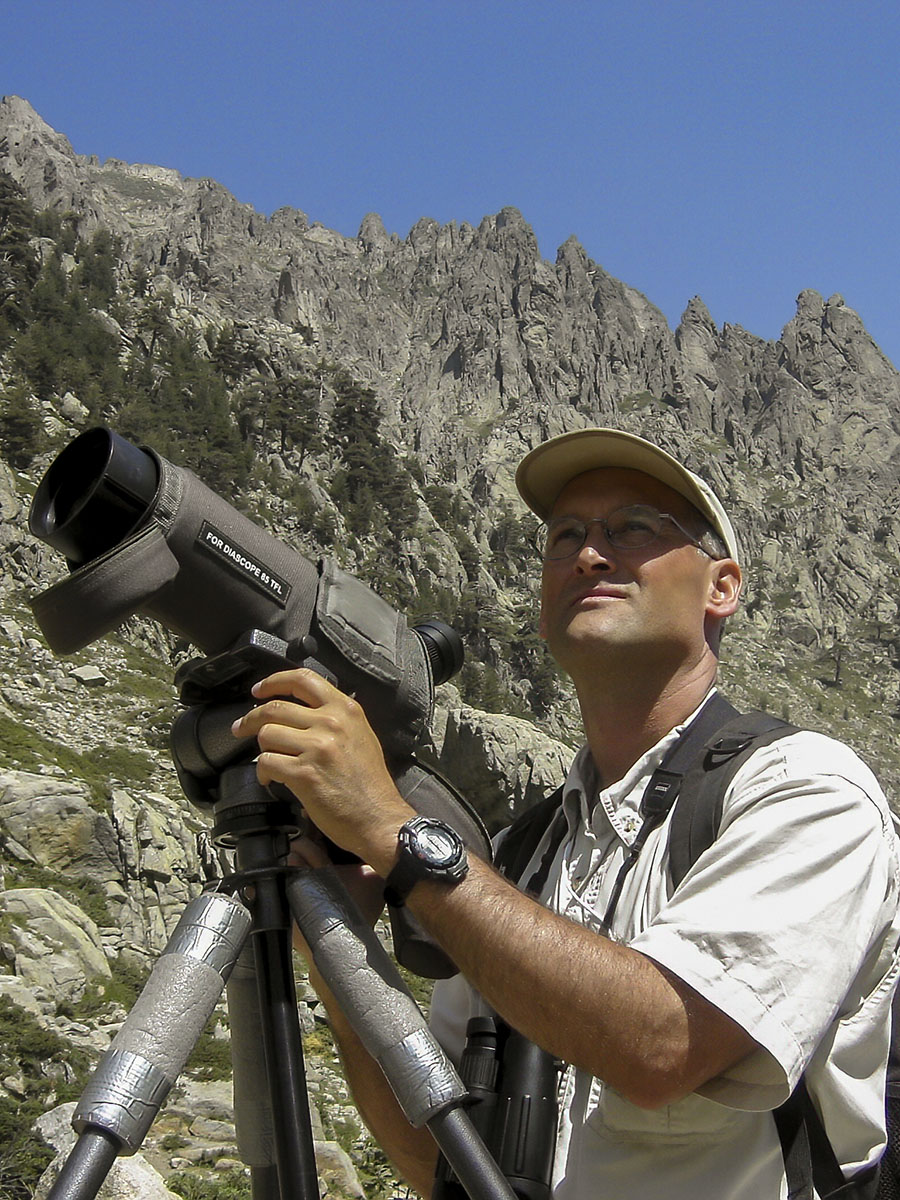 I was born 1961 in Hässlås outside Falkenberg in Halland southwestern Sweden. I grew up on the farm Ansagård where my father kept the very inspiring bird book “Nordens Fåglar” by Olof Gylling with imaginative paintings of birds in their natural environment. I believe it was this that caught my first interest of birds in particular and nature in general. My bird and nature interest took substantial momentum with the move in 1968 to Hälleberg, located in the middle of the Halland agricultural landscape.

The secondary school years were spent at “Falkenbergs gymnasieskola” and science line, as it was then called. During this time I was also very active in Falkenberg field biologists and made my first birding trips abroad (Poland, Norway, Austria and Provence in France). 1979-80 I did military service on the A4 in Östersund and got the chance getting better acquainted with the mountains. There were several hikes in the Jämtland mountains. That my cousin, Erik Hirschfeld, also started to be captured by interest, pushed on sharply. Our joint favorite local became Morups tånge, with many years of birding founded interest.

Then began biologist line at Lund University and I moved to “Vildanden” in Lund, southern Sweden, where I lived until 1988 when I moved to Malmö in connection with that I finished biologist line and commenced training at the Institute of Education for secondary school teachers in biology, chemistry and general science.

During one birding trip to the Soviet Union in 1990, I met my wife, Natalia Delvina, who was our guide on the tour. She is a trained civil engineer with specialization in space, but she did great with that summer working as a guide for bird watchers. Today she is leading and owner of several companies in oil and chemical business. We married in 1991 and settled in Malmö. With her moved her son Nikolaj, born 1980. The year 1991 we got Alexander and then Nina in 1995. Since 2010, we live in westernmost Malmö.

During 10 years I was a member of the Regional Records Committee of Skåne, and published “Fåglar i Skåne”. In that period I was also involved in the publishing of “Förteckning över Skånes fåglar” in 1990 and in companionship with Kristian Adolfsson “Bird Identification – A reference guide” in 1995. Was in the board of the Ornithological Society of Skåne (SkOF) 1991-2001, and as chairman 1996-2001. Was introducing the society on the Internet and was webmaster from 1996 to February 2007. Am also deeply involved in the Internet portal “Artportalen” where records of all kinds of organisms from Sweden are made. Working in the support team for this portal.